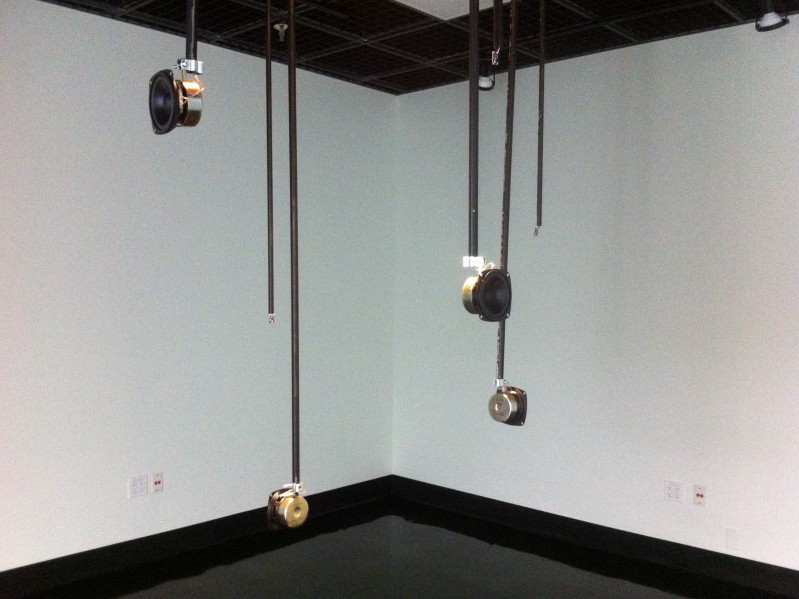 Successors uses four independent systems listening to each other (and the room) to produce a single pitch or rhythmic impulse in response. An exploration of evolution and the number 2 with each combination of two pitches folding into a single complex tone or unfolding into 3 distinct pitches as a result of their interactions.

Scott Cazan is a Los Angeles based composer, performer, creative coder, and sound artist working in fields such as experimental electronic music, sound installation, chamber music, and software art where he explores cybernetics, aesthetic computing, and emergent forms resulting from human interactions with technology. His work often involves the use of feedback networks where misunderstanding and chaotic elements act as a catalyst for emergent forms in art and music.

Scott has performed at and received numerous commissions with organizations such as The LA County Museum of Art, MOCA, Issue Project Room (NY), Feldstarke International (with CENTQUATRE, PACT Zollverein, and Calarts), Ausland (Berlin), Art Cologne, Ensemble Zwischentöne, The University of Art in Berlin, Toomai String Quintet, Southern Exposure (San Francisco), Guapamacátaro (MX), the BEAM Festival (UK), REDCAT, UC San Diego, LIMINAR (MX), Machine Project and many others. His most recent album “Swallow” was named one of the “best of 2013” by a variety of outlets such as Pitchfork and ArtForum.

Successors was a sound installation presented in The WaveCave from October 14th to October 26th, 2014.