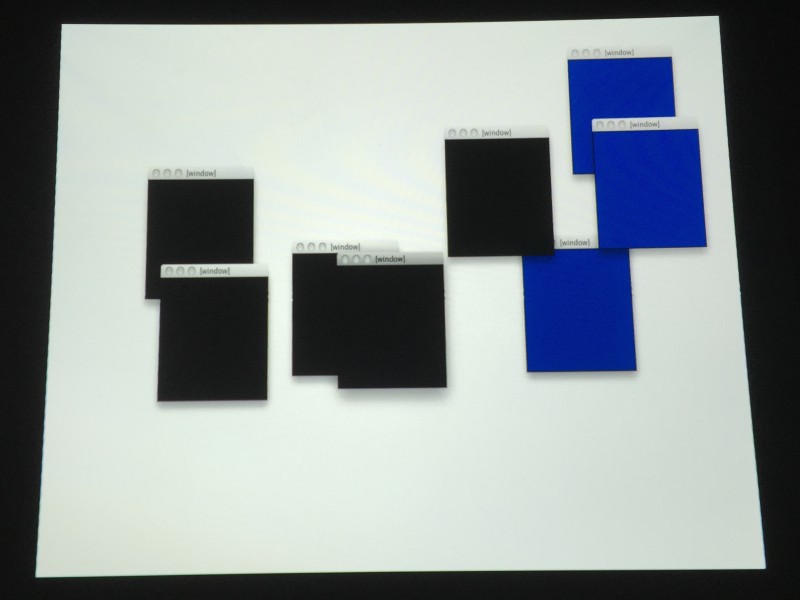 Each window represents a single chime which sounds upon intersecting with the edge of the screen. The varying speeds and trajectories of the windows yield ever-changing harmonies and patterns of sound or absence of sound. The audio patterns are inspired by summer evenings with gentle breezes.

Marc Nimoy is a musician, programmer, and sound artist currently living in San Pedro, CA with his wife, two sons, and three cats. He received a BA from UCLA in classical guitar performance and a MFA in experimental music composition from CalArts.