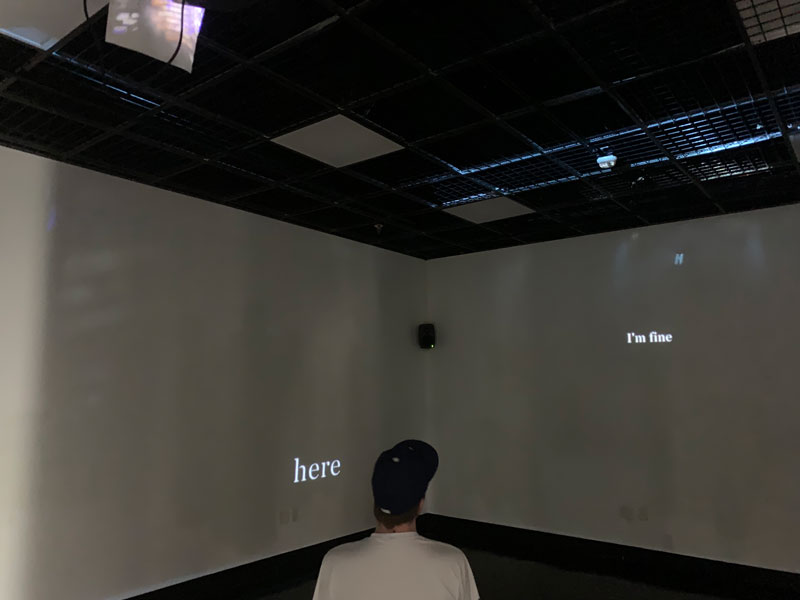 Subtext features a variety of voices repeating the same text. As the words are repeated and manipulated, a multitude of different meanings arise.

Gillian Rae Perry grew up studying music, theatre, and dance. During her undergraduate career, she also studied film. As a result, Perry is greatly influenced by art forms outside of music. Perry studied abroad in Paris with the EAMA-Nadia Boulanger Institute during the summer of 2016 as well as the summer of 2018. During her time in Paris, she studied harmony, counterpoint, musicianship, and composition, all of which greatly influenced her process as a composer. Her time in Paris reinforced her belief that intentionality is one of the most important aspects of composition. An avid poetry reader and writer, Perry is also influenced by text and how text can interact with music in both spoken and non-spoken ways. Perry was recently selected to have her piece for full orchestra, “Why Are We Crushing the Bugs?” premiered by the American Modern Orchestra.  Perry holds two undergraduate degrees from Southern Methodist University (B. M. Compositions, B. A. Film and Media) and a Master’s degree from the California Institute of the Arts (MFA Music Composition).