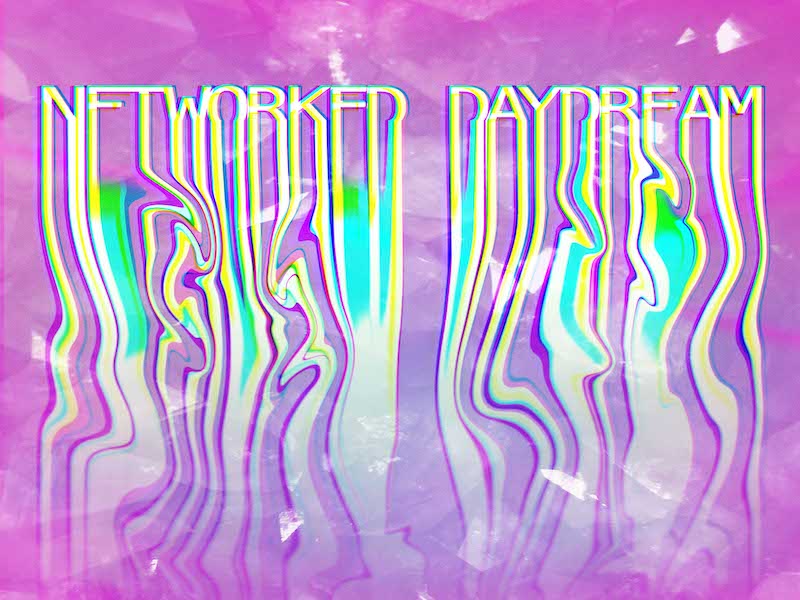 Networked Daydream is a reflection of personal observations taken over the course of this past year. As self-isolation moved from a novelty to normalized, so too have the barriers between days, weeks, and time writ large slowly eroded. In a sense, this has tuned each individual to their own temporal rhythm: one that is influenced by reality, but ultimately a feedback of individual desire, interests, and activities. As the self-imposed schedules continue, a clear delineation becomes just a dream as life melts into a constant flow. Using a Max patch, the video and sound have been combined into discrete “memories” and when the flow of time (a counter) is engaged, these separate parts slowly fold into each other.

The overall presentation comes from the aforementioned observation of a quarantined life, but also from a desire to find the correct outlet for many of my audio and visual compositions: they aren’t crafted to be linear like a song or film, but instead an atmosphere is crafted—a mood conjured—which requires time and patience.

Brian Griffith is a musician and visual artist living in Los Angeles. His work blends analog with digital; subtle movements with bold features; and virtual with physical reality.

Musically, Brian creates evolving atmospheres that often explore the sonic capabilities of the bass guitar extending it well beyond the lower register, as an effort towards singularity between the mind and instrument.

His visual art compliments the meditative qualities of his music by creating synthesized video environments and hypnotic animations that encourage mindful investigation.

The spontaneous nature of his process attempts to connect fully to the invisible fabric of reality.