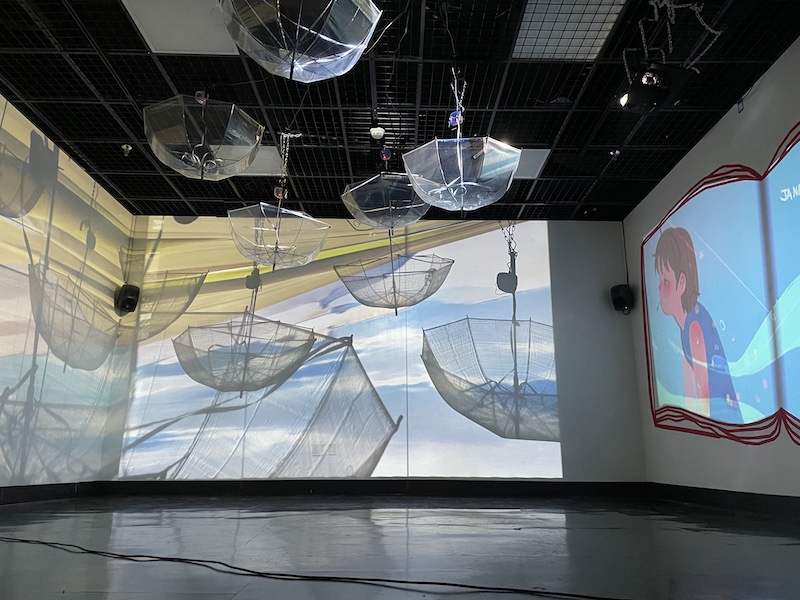 Michaella Jung Hyun Moon is a multidisciplinary artist, musician, developer and creative coder. With her background in classical cello performance, she incorporates live acoustical instruments to her extravagant technological performances. Her works involve elements such as sensors, dancers, digital audio processing, live improvised instruments, and reactive visual components. Aside from her multidisciplinary performances, Michaella also performs as a recording artist, classical cellist and participates in chamber performances. As a Front/ Back End Developer and UX/UI designer she has built multiple interactive websites and standalone interfaces. Michaella holds a Bachelor of Music in Violoncello from The University of British Columbia and is currently pursuing a Master of Fine Arts in Music Technology: Interface, Interaction and Design as a Lillian Disney Scholar and Steven D. Lavine and Janet Sternburg Scholar at the California Institute of the Arts.

On December 7th 2021, guest performer Anais Azul performed their piece "I Came From" in the Road Road installation space. As Anais improvised and sang with their loop pedal, the audience members interacted and co-composed alongside them. By triggering each umbrella, participants were able to add pre-recorded layers to their performance.

On December 16th 2021, the Rain Road installation welcomed guest performers Anais Azul, Chuck Behring and Yolanda Shao. As Anais and Chuck improvised with their and each other's loop pedal, the audience members interacted and co-composed alongside them. By triggering each umbrella, participants were able to add pre-recorded layers to their performance. Yolanda was able to fill the space by creating movements according to the audience's interaction with the umbrellas.