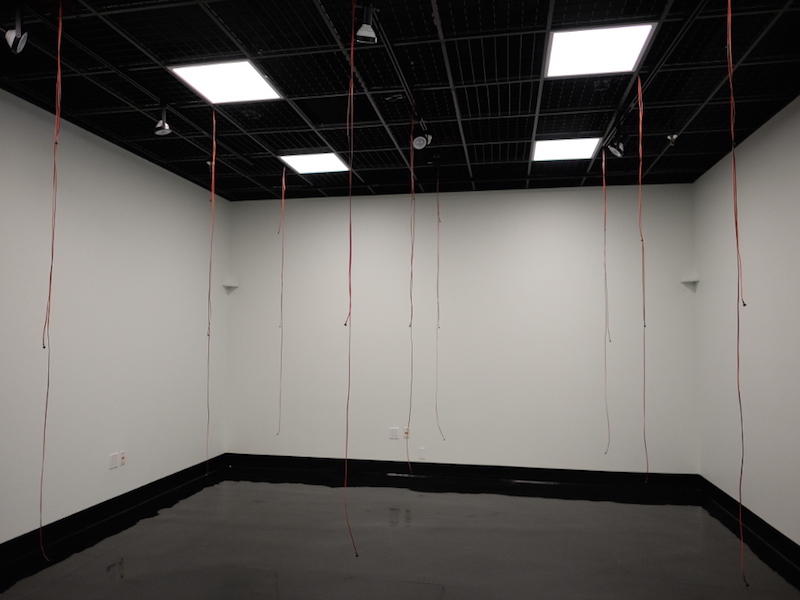 When James Tenney developed his idea of modeling pitch material generation on crystal growth, he noted that, given certain simple settings, his algorithm would generate pitches in a way that mirrored the development of pitch materials over the course of Western musical history. This installation makes Tenney’s formula incarnate using a 27-piezo array to produce a variety of different harmonic “crystals.” Taking the analogy to Western musical history a bit further, the presence of people in the array will cause mutations to occur in the crystal, which produces impurities, but also heightened complexity.

Danny Clarke is a composer living in Valencia, CA. His work is primarily concerned with the ways mediation; the way it distances us from experiences, while at the same time extending our ability to understand and engage those same experiences.

Eric Heep is an aspiring digital artist/creative technologist living in Val Verde, CA, and is finishing his BFA in Music technology at California Institute of the Arts. He is currently focusing on creating a multipurpose interface which will be used for musical performances, visualizations, and digital installations. He is also working alongside composers and musicians in order to create digital pieces that utilize past and current artistic practices. He will be staying at CalArts for the upcoming school year, where he will be pursuing his MFA in Music Technology.Eric’s artistic intention is to utilize the methods in which technology can be blended with other established art mediums, as well as discovering new ways of incorporating technology with art.

Crystal Growth was installed in The WaveCave from February 9th to February 16th, 2015.