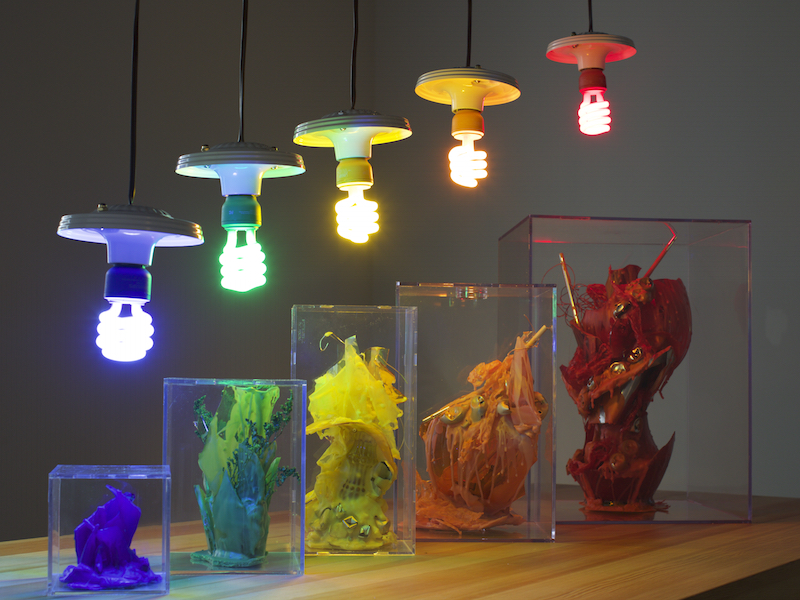 Her World is a gallery featuring the collection of pieces called Toy Miniatures: Clock, Truck and Xylophone. The pieces are abstractions of the antique children’s toys they are based upon. The sculptures function as graphic scores, allowing performers to perform a playful interpretation of the essence of each toy.

Truck captures the essence of the toy truck through a narrative. The sections of the cement sculpture represent three movements of the work: The Parts, The Drive and The Crash.

Clock captures a childlike essence through the interpretation, notation, and process in which it was composed. This piece is a transcription of a recording I made walking through the forest from my childhood, while playing the toy music box. The piece is notated using fragments of leaves and dirt from the forest, as well as an abundance of children’s art supplies. This piece can be performed by playing the original field recording (as featured in this gallery) or can also be interpreted by percussionists in a performance setting. The performers interpret the colors and textures on the canvas, such as brown – footsteps; green – leaves; blue – breath, purple – toys; brown – footsteps; yellow – bells; gold wire – joints of the clock and finally the toy’s melody.

Her World was installed in The WaveCave from March 16th to March 22nd 2015.