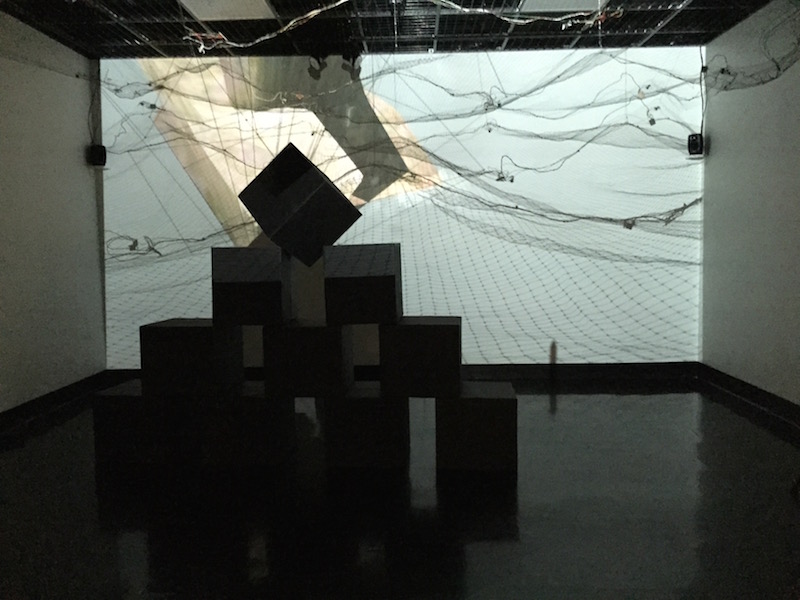 Matrix Chamber is an interactive sound gallery that instrumentalizes a space with movements and objects. Using bodies and boxes to generate multiple layers of data matrices that alter 16 simple sine and saw waves and 3D visual vector planes, audience can create their own unique compositions and leave their human imprint. The exhibition was part of 7 day long realization and recording of collaborative compositions. Selections of the recordings are in progress of being released as an album with log in data that was complied over the time of exhibition. In collaboration with choreographer Kelsey Lanceta, a half an hour of dance performance was created in the space.

Matrix Chamber was installed in The WaveCave from April 20th to April 27th 2015.