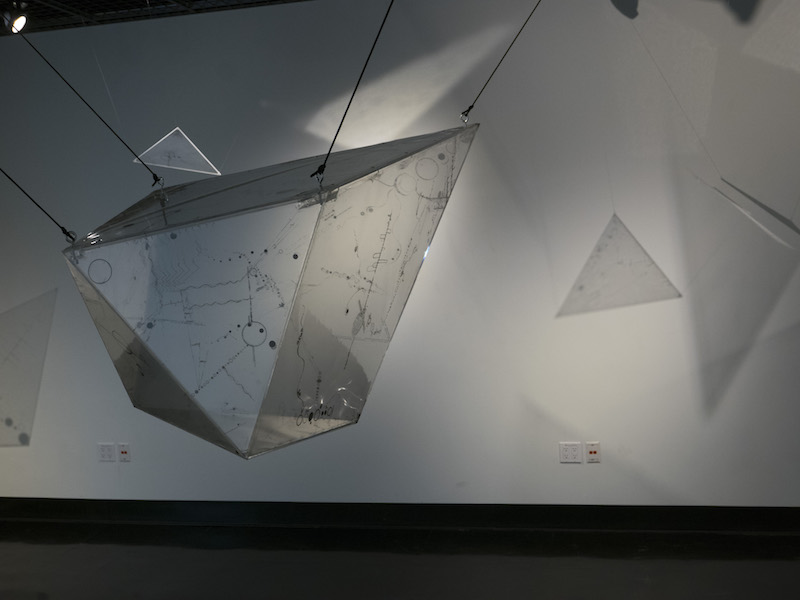 “Infrathin cannot be defined, it can only be experienced:

Sarah Belle Reid (b.1989) is a trumpet player, intermedia artist, and improvisor who is described as having an onstage presence that is both captivating and passionate. Actively involved in the commissioning and realization of new music, Sarah has premiered over a dozen solo works and numerous chamber and large ensemble pieces across North America. She has worked intensively with composers from countries all over the world including Brazil, Philippines, Iran, Canada and USA. Sarah is an endlessly curious artist, one who collaborates closely with composers, choreographers, actors, and multimedia artists, and is always eager to experiment and explore novel approaches to expression. More than a trumpeter, Sarah has been described by audiences as a true “character” and “story-teller”; a musician whose drive to innovate and re-imagine performance is at the heart of her artistic vision.

disonillum was installed in The WaveCave from April 13th to April 20th 2015.