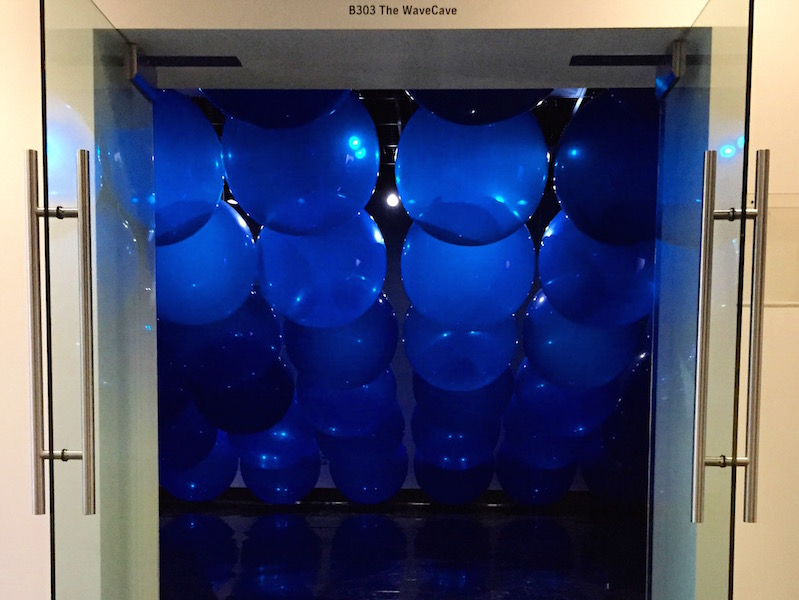 In cross-fade, visitors are invited to proceed into the array and towards the back wall. The piece is concerned with longitudinal waves and spheres of radiation, but mostly, it is concerned with balloons and jingle bells.

Todd Lerew is a Los Angeles-based artist and composer working with repurposed found objects, invented acoustic instruments, and unique preparations of traditional instruments. Much of his work deals with the nature of perception and revisiting relationships within a performance environment, while other works examine the effect of isolated elements of indeterminism within mostly-closed systems, and the generation of musical material by deviation from an impossible given task.
Lerew is the inventor of the Quartz Cantabile, which utilizes a principle of thermoacoustics to convert heat into sound, and has presented the instrument at Stanford’s CCRMA, Georgia Tech, the American Musical Instrument Society annual conference, and Machine Project in Los Angeles. He has received commissions from So Percussion (New York) and the Now Hear Ensemble (Santa Barbara), in addition to performances by members of the San Francisco Symphony Chorus, the Wet Ink Ensemble (New York), and the Canticum Ostrava choir (Czech Republic). He is the founder and curator of Telephone Music, a collaborative music and memory project based on the children’s game of Telephone, the last round of which was released as an exclusive download to subscribers of music magazine The Wire.

cross-fade was installed in the WaveCave from September 21st to October 3rd 2015.