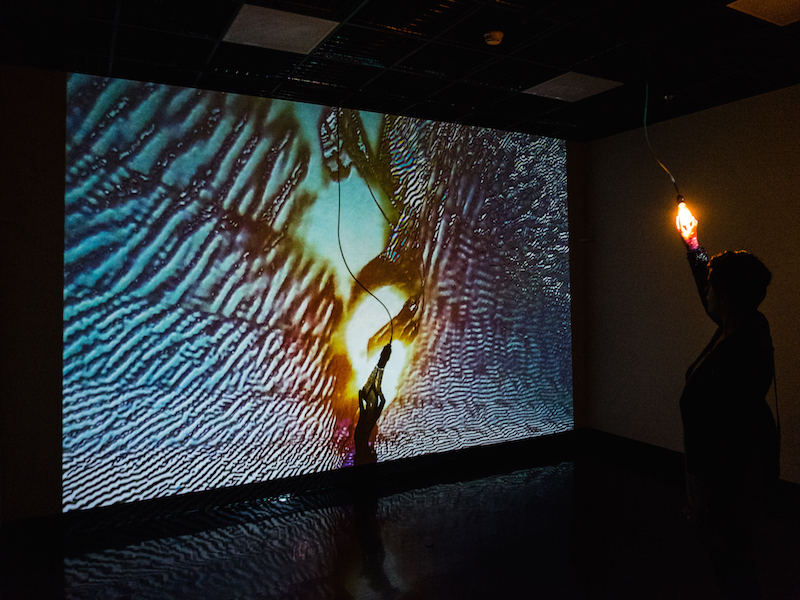 hell.no.world is an interactive video feedback system comprised of a camera, projector, lightbulb, and image processing software written by the artist.

The system invites users to influence its output by exploring, manipulating, and disrupting its inputs.

Mike Leisz is a new media artist based in Los Angeles. His work explores the subversion of technological systems for the goal of creating dynamic spaces of play, discovery, and wonder.

hell.no.world was installed in the WaveCave from February 22nd to February 29th, 2016