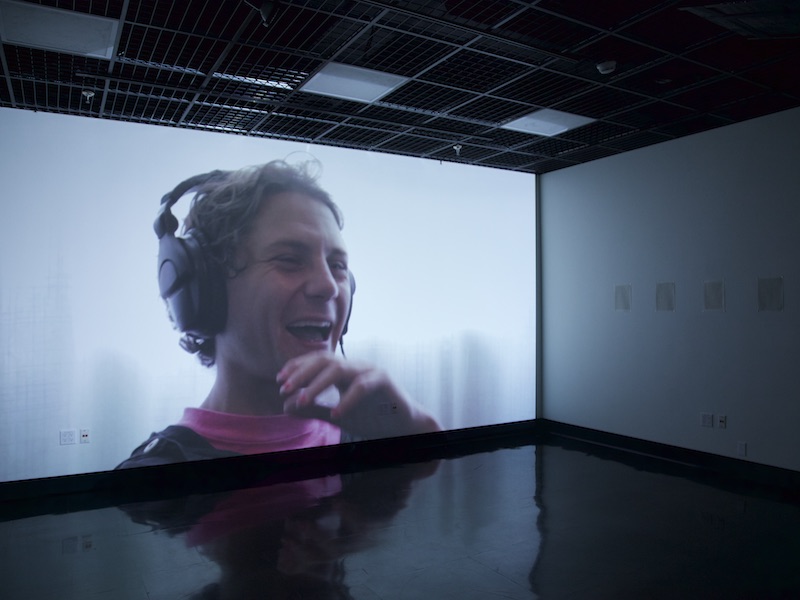 Participants were asked to try to describe the sound of their own voices as they speak, so that what’s describing is what’s being described and vice versa. In addition to being recorded with a microphone, these descriptions were transcribed using Google’s voice-to-text API. Each participant was then filmed listening back to his/her respective recording.

Jacob Goldman is an artist and musician from New Haven, CT. His work ranges from installation to music production and composition for television.

it’s more how I expected it to be than I expected that it would be was installed in The WaveCave from February 23rd to March 2nd, 2015.