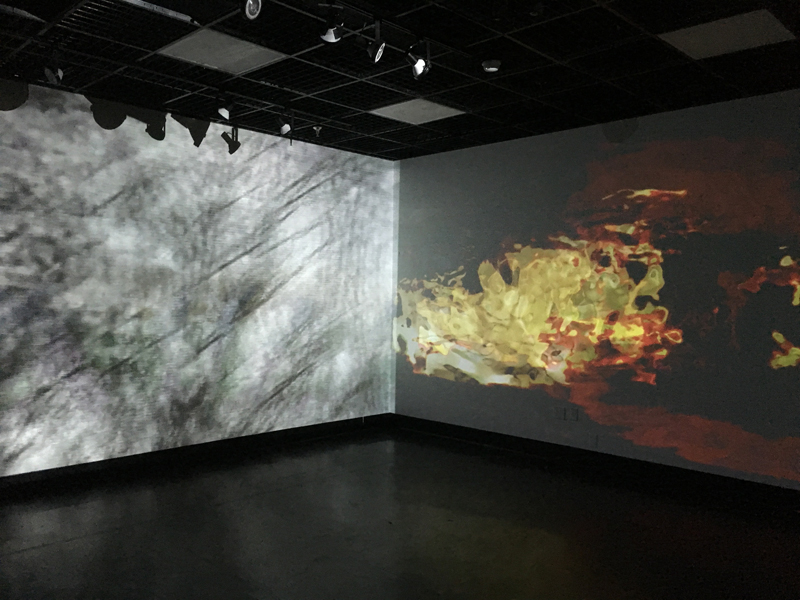 Alchemy is an immersive audio-visual work that chronicles journal entries from an imaginary alchemist at work. Their experiments and notes are documented through sound and image and, in a somewhat nonsensical way, attempt to find answers about the nature and origin of elements and precious metals. Although the alchemist’s notes and findings are purely practical and may sound like nonsense, snippets of random meaning are often gleaned, almost by accident.

Weilu Ge is an electroacoustic composer and intermedia artist based in Los Angeles. She works with various media forms from concert music to innovative technology. Weilu’s work often involves collaboration with visual artists working in light, video, painting, photography, and other mediums. Since 2015, she has focused her studies and career on experimental and intermedia music theater in the role of a Composer-Director, exploring the potential of sound as the medium that integrates other art forms and helps create a comprehensive artistic expression. Weilu’s works have been influenced especially by Musique concrète, German traditions of sound art and the notion of Gesamtkunstwerk, which guides her exploration in the concept and layout of space in theater.

Christopher Lock (lock-music.com) is an electroacoustic composer and digital media artist based in Cambridge, MA. His works are often densely textural with dark imagery slowly morphing and mutating over time.